In our second in a series of special articles on Season 3 of The Bridge (Bron/Broen), Ib Bondebjerg examines the Danish reception of the series and notes that, despite positive reviews, critical voices are emerging.

The sharp, observant reader may notice that part of the title of this blog is taken from Michael Booth’s The Almost Nearly Perfect People: The Truth About the Nordic Miracle (2014). Having followed the last three seasons of The Bridge, with its dark tale of crime and psychological and social despair, one might accept Booth’s critical-satirical take on so-called Nordic welfare states.

Viewers of the police drama are confronted with not only the most appalling forms of crime, social disasters and class differences, but also dysfunctional people tormented by their past and present family and history. Breakdowns and death are literally just around the corner – as is often the case with modern crime drama. But here the darkness almost seem to emanate from the screen and iconic shots of urban spaces around the Øresund region.

Despite this, ratings in Denmark have increased with each season: the latest had an average audience share of around 38% in the prime-time 8-9pm Sunday slot, the high quality drama slot on DR1. Slightly under a million viewers per episodes is good, though not quite as good as one of DR’s own drama series, where even the controversial 1864 had an average of 1.3 million viewers per episode (figure 1).

The Bridge is a ‘natural co-production’ in the sense that the story takes place in the two main co-producing countries; the cast is from the two countries; the financing partners involve two private production companies from each country; and the two main public service channels in Sweden and Denmark carry a lot of weight. However, as is often the case with Scandinavian drama series, the co-production partners represent a much wider national spectrum and group of funding institutions, which in many ways also makes The Bridge a European co-production.

The core-creative team is clearly Swedish-Danish with the Swedish Hans Rosenfeldt as the main writer, but also the Danish Nicolaj Scherfig as an important creative partner across all three seasons. In season three the Swedish creative dominance became stronger, though the main structure of a natural co-production has remained in place. Hans Rosenfeldt and the Danish co-producer Bo Ehrhardt from Nimbus Films have both stressed that, by using a story, characters and settings that crossed the border between two close but still different neighbours, they hoped to bridge cultures, to create a transnational encounter that could work for both Danes and Swedes in prime-time.

Danish reception of The Bridge has emphasised the theme of ‘Swedishness’ and ‘Danishness’, often in relation to the two main characters of Saga Noren (Sofia Helen) and Martin Rohde (Kim Bodnia), and forms of behaviour that are seen as characteristic for the culture of the two nations. However, both the creative team and Danish critics have also noted a strong element on transnationality and universality to the series.

In an interview for the first season of The Bridge, for example, the Danish director Charlotte Sieling said: “The team behind The Bridge has worked actively with the differences, which Danes and Swedes imagine exist between them. But we have done so to find the similarities.”

She suggested these differences lie in cultural habits and language – but also that basically as human beings we are alike. She pointed to inclusion-exclusion as the big theme in the series, a theme which may have a special form in a Scandinavian welfare state, but which can also be found in all societies:

“We have deliberately focused on the universal similarities. Therefore national icons are completely absent from the series (…) we have tried to create a visual form that gives the impression of a series that could take place in any urban space (…) in the darkness of the city we are all alike.”

Drama was intense in the third season, even before shooting started. Leading actor Kim Bodnia (who played Martin Rohde) left the series, thereby changing the whole balance established between the two main characters.

As it turned out the screenwriters had to use two new characters to build a new psychological narrative structure. First they shocked viewers with the introduction of a female Danish cop, Kirsten Olesen, who was clearly on the war path against Saga. Yet her character met a violent end early in the series, so in came a drug-addicted Henrik Sabroe (Thure Lindhardt) with a family history almost as tragic as Saga’s.

Henrik and Saga moved closer and closer to each other as the series developed, and their story sometimes seemed to overshadow the crime plot. One might also say that the series manages to combine a more universal theme of child neglect with a double personal history of cops digging more and more into their own troubled family past.

But the crime plot, which most viewers would have solved by episode 9 or before, was at the same time of a different nature than season one and two. Season one seemed to build on a global political agenda, but turned out to be a personal revenge tale, while season two had a real, global political plot linked to climate problems and terrorism, but kept the personal revenge story from part one alive in Martin’s story.

In the third season the crime plot is directly linked to family problems and child neglect, and on top of that the long narrative thread of Saga’s family background and Henrik’s loss of his wife and two daughters turns the series into a sinister, dark tale of family dysfunctionality. The murderer in season three turns out to be a neglected, hurt child who builds miniatures of the bad characters from his childhood and the way he wants to kill them. The dark side of a welfare society not even capable of protecting the most basic social and human rights is thus exposed.

The image of Henrik’s utter despair when the body of his wife, but not his daughters, turn up after six years, and the following images of Saga’s complete breakdown and near suicide in the last episode is as dramatic, if not more, than the crime plot itself. The third season thus confirms the specific quality of the Nordic Noir, which juxtaposes the crime narrative with the social and psychological backgound of the cops investigating crime. Crime and the things that causes it are not just in others, but potentially in us all, seems to be the key message.

Reviews in the Danish press and some specialist magazines were also more mixed than with the first two seasons. The debate on season three particularly focused on whether the narrative had become a too complicated, fuzzy and confusing. In Politiken, the preferred newspaper of the modern-social segment, head critic Henrik Palle gave the series five hearts out of six, and called it “a stunningly beautiful piece of TV” and “a dark and sublime thriller”. The paper also revealed that the general popularity of the series in Denmark and beyond has caused many tourist to take very dangerous ‘selfies’ on the actual Öresund Bridge, where pedestrians are not allowed and drivers cannot step out of their cars, except in an emergency.

But the very positive review of season three by Henrik Palle caused a colleague from the same newspaper, Marcus Rubin, to challenge his views. According to Rubin the series lost realism and narrative coherence in season three, with too many side stories which did not make sense.

Rubin, for example, found the story with Saga’s mother and death totally unrealistic, and asked why audiences were introduced to a story about a female industrial leader with a young lover. Likewise, the specialist film magazine Ekko only gave season 3 of The Bridge two stars out of six, with the same arguments: an incoherent plot and narrative and two many uninteresting side stories.

The Bridge I-III – and more? – is still a major transnational co-production able to engage a large Noric audience and a growing international one as well. But while overall reviews in Denmark remain positive, critical voices are getting a bit stronger. Even so, at a time when nationalism is beginning to show its dark side in Europe once again, there is no doubt that this transnational series still provides a positive example of European cultural encounters. 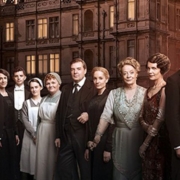 Downton Abbey – the series that conquered the world
0 replies

Want to join the discussion?
Feel free to contribute!